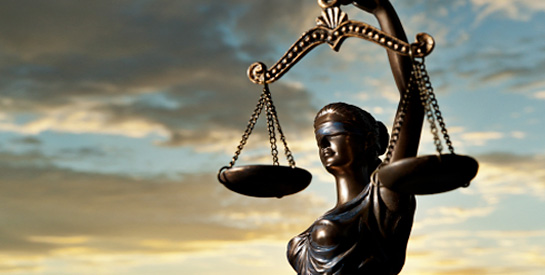 “So you wanna be a rock and roll star…”

Or, more directly relevant, a producer of movies. I mean who doesn’t want to be an artist/storyteller these days? With the drop in costs associated with making movies, everyone and their brother is bringing their visions to life on computer screens around the nation. And that’s a good thing. But, as it turns out, there is a host of non-artistic activities that may or may not have to be done before you get to the fun of creating new work. From marketing to fundraising, depending on your goals, you may discover that it is a fulltime job simply managing the administrative details of your creation, let alone bringing those amazing characters to life.

Warning! I am not a lawyer. Please don’t take anything you read here as meaningful legal advice as I’m not capable of giving it and there’s no way any specific legal advice can be useful to a given individual without it being tailored to that individual’s particular situation. Instead, consider this general input from someone who’s gone through it.  And, having learned the hard way, one of those administrative tasks that have to be handled before you start producing product for commercial distribution is the creation of new life. No I’m not talking about breeding, I’m talking about giving birth to a new corporation. Whee!

Long before you ever start actually filming you need to figure out if your efforts require a corporation. In this essay we’ll take a look at the considerations to answer that question.

First of all, what exactly is a corporation and why do you need one? In short, a corporation is one of many legal entities that exist to reduce your risk and clarify your financial/business arrangements. Skip back to around 1600 and imagine that you’re a rich trader in Amsterdam. You’ve got piles of money and there is lots more money to be made in exploring the new world and exploiting all those resources over there. The problem is that getting ships across the Atlantic, and back, not only takes piles of money that make yours look small, it’s also very risky. One in four, or so, boats just don’t make it back. Eaten by dragons or such.

Alone, you just can’t afford to send boats over, despite all that money to be made. So, you get together with a bunch of other rich cats and share the burden. You pool your resources and the whole group of you fund a bunch of boats. Now things get tricky. Managing that collective pile of money is a full time job for multiple people. What do you do when someone new comes along and wants to be part of your money making effort? The crown wants their cut, who pays the taxes? And what happens when something goes wrong? The corporation was created to answer those, and related questions.

In essence, as long as the correct legal paperwork is filed, a corporation is a thing, an entity (a pseudo person, according to the US supreme court) that will own those boats, hire employees to manage the money and profit making effort, pay taxes to the crown, and be the responsible party should something go wrong. To keep running with our classic example, if one of the ship’s captains goes crazy and starts beating the crew they must sue the corporation, not the individuals who formed and own it. This allows said creators to protect their pile of money, risking only what is in the corporation itself.

Over the past 400 years, the corporate form has been used across the western world to achieve those ends. Currently in the U.S., there are various types of corporations and other legal entities to achieve similar ends but that have different forms entirely. Trusts and the like. So how do you know if you need to create one before you start making movies? In short, and there are details we’ll explore, you need a corporation as soon as there is real money, real risk, or real distribution involved with your plans.

What’s real money? You get to figure that out. For some people, $10,000 is a lot of money, for other’s it’s a rounding error. On the other hand, if you and your friends are using an iphone to film your lightsaber fight in a public park while no one gets paid, it will never be sold to another person, and there is no budget at all, you don’t really need a corporation.

However, if you’re looking to raise $100K via crowdsourcing to bring your masterpiece to life, now you probably do need a corporation of some kind or another. It will be much easier, and less costly, to explain to the IRS why that chunk of change showed up in a corporate banking account than why it’s sitting in your personal checking account, by way of one example. If no one will be paid for their creative efforts, you are likely good to go legally bare. If your cast and crew will be getting a day rate, corporate up, amigo.

You also want to consider how much money the creators of the piece have, individually. There’s this concept in the practice of law here in the U.S.; “follow the money.” If something goes wrong, say someone is hurt on one of your sets, lawyers will start a search to see who was associated with the shoot and has money to be attacked. If your Director owns a house, say, and someone is hurt on set, *and* there is no corporation to form a legal shield, then the Director’s personal home may be the only source of money available. Once that injury happens, if legal action is undertaken, our Director may lose their house if we don’t have a legal form to create a ‘shield.’ If we have a good corporation in charge of the set, then only that corporation’s assets can be attacked, personal assets of corporate members are largely off limits.

So, once real money is involved with your production, either directly, or indirectly via your most involved cast and crew, you want a corporate form. You also want one if your project involves real risk to people or things. If you’re filming underwater, if you’re planning on using tricky and dangerous effects (explosions, fights, tricky make up, whatever), if you’ll be shooting on a very expensive set that may get damaged or renting very expensive gear, you’ll want to strongly consider creating some kind of corporate shield. Even if you’re doing things on a shoestring budget with nothing but friend and family involved, if one of your shots involves going on location to a bubbling volcano, take the time to set up a controlling company and get some insurance before you go. Real risk equals a real need to reduce your exposure to that risk.

And finally, consider your plans for distribution of your creation. If you’re planning on putting it up on Youtube for free worldwide downloads you don’t need to go to the work of forming a corporation. If, on the other hand, you want to distribute  your work commercially, either via the sweat of your own brow or through third party distributors, you want that corporate form. Trust me, any distributor worth their salt will be much happier to hear that all of the intellectual property is neatly owned by this company than they will be when you tell them that you and your buddies made this film but don’t have any legal paperwork identifying who owns how much of it and who makes the final decisions.

You see, forming the corporation not only provides that financial protection, it also creates some organizational clarity. By virtue of having a corporation, you necessarily have to identify the collection of stakeholders and their roles, responsibilities, and capabilities. You’ll know who your C.E.O. is and how much money they can spend without getting Board approval. You’ll know who your shareholders are and how often they have to be brought up to date on what’s going on, and what they can do about it if they don’t like what they learn. You’ll know who your employees, contractors, and volunteers are and what the difference is. And clarity is a good foundation for a company’s potential growth.

There’s so many other decisions to consider that have very little to do with actually making a movie. Check back for other chats on fundraising, marketing, collective culture, and project management later. But for now. we’ve unpacked the decision process on to corp or not to corp, make sure you think about it before the cameras start rolling.