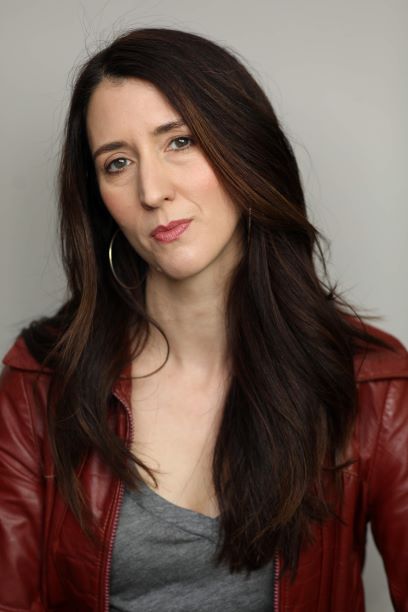 Kate Kraay has played the role of Lady Brass since its first audio episode, as well as onstage (The Launch Party) and on film (Lair of the Red Widow, The Kinesigraph). As we approach the close of the fourth season, we realized that we hadn’t done a profile on Kate–a pretty huge omission, seeing how important she’s been to BRASS!

Born in San Diego, Kate’s father was a Navy pilot, so like a lot of military kids her early life was ping-pong peripatetic, with lots of bouncing back and forth between Virginia Beach, Virginia and Pensacola Florida. Her dad, who flew the fabled F-14 Tomcat supersonic, would ship out from Norfolk to the Mediterranean, but it wasn’t long before the bouncing was between Virginia Beach and the suburbs of Syracuse New York, when her father moved into intelligence with NORAD. “I remember visiting him at the Rome Air Force Base one day and he took me into this darkened room with lots of flashing lights, and I got to see the screen of all of the aircraft flying over the North Atlantic,” she recalls.

The final place they were stationed was Juneau, Alaska, necessitating an epic move across country with the kids taking the train part-way, from Denver to Boise. “I will never forget that trip, right up the Continental Divide with a glorious view of classic Western vistas and mesas. Alas, that train line doesn’t exist anymore.” 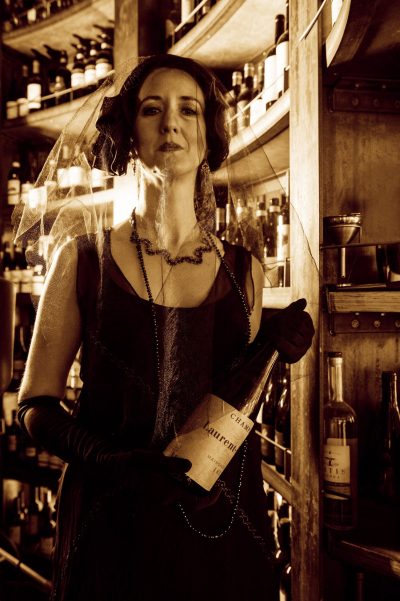 When asked how this upbringing shaped her, Kraay refers to the term “thyrdculturekyd,” growing up with an entirely different culture than your parents. “Military brats and missionary brats identify with this term,” she says, an experience “that gives you a completely different perspective on the world.”

Theatre was an early love–though not necessarily the, ahem, classics. ” I remember being at the Grand Opening of a McDonald’s somewhere in my young childhood. Probably the most ’80s thing ever.” When Ronald McDonald asked for volunteers, “I immediately ran up there and started waving my elbows around and clucking like a chicken”–not exactly reflecting the future dignity of Madelyn Brass, as she admits. But her parents were encouraging, so she pursued both school and community theatre, winning a local Shakespeare Sonnet competition thanks in part to a wonderfully supportive Drama teacher. “Mrs. Kissel really believed in me. Those kinds of teachers can make a big difference in kids’ lives.” 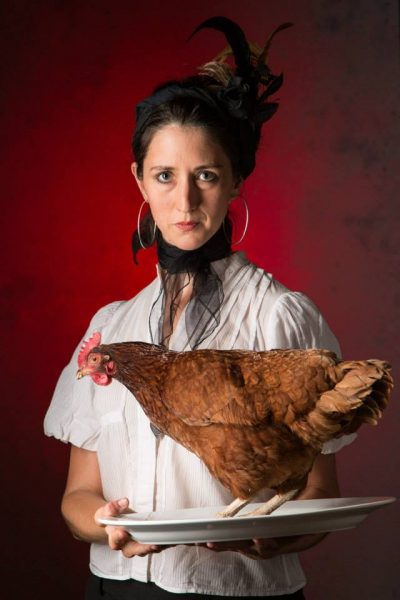 Without a clear path after high school, Kraay followed several Juneau friends down to Seattle. “I basically had a gap year of being a hippie chick, hitchhiking up and down the West Coast. I kind of forgot about my dreams and aims, pursuing the mania of finding myself.” With the suspicion that her self might be happier in New York, she entered the American Academy of Dramatic Arts, and spent the mid-90s “living in different apartments around Manhattan and studying theater, while dancing the night away at the Roxy and other meccas in bad vintage shoes.”

This time led to marriage and relocation to Seattle, where she worked with a variety of theatre companies while always feeling like she’d stopped short of trying for her dream. Then late in what was a loving but failing marriage, a couples counselor suggested that neither Kate nor her husband were really focused on their own desires and hopes. While he started getting into humanitarian work, she reconsidered her deferred dream of studying abroad. A new Master’s program had just begun at London’s Royal Academy of Dramatic Art, featuring both a physical theater lab and devising new work, so she applied and was accepted in 2011, while her now ex-husband moved to Malawi, Africa to work for a couple years. “We are no longer together, but it ended up being an amicable split, because we had both realized some key dreams.” 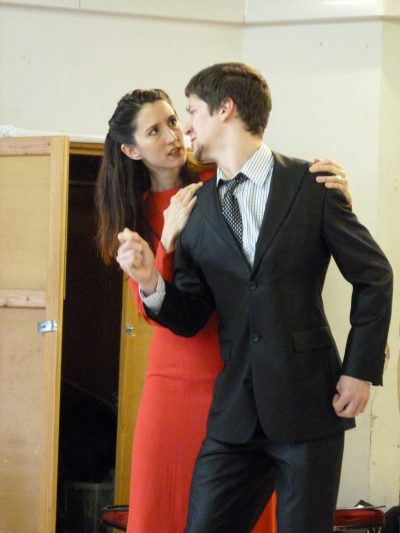 Four years later when Kraay auditioned for Lady Brass, she came in with several advantages. Both producers John Longenbaugh and Ron Richardson knew her (she’d worked with Longenbaugh and Richardson was a long-time neighbor), and she had “a lifelong Masterpiece Theatre viewing habit,” which helped her nail the formidably aristocratic air of the character. “I recall reading the part and feeling an ease of just stepping into it,” she says. So with a smattering of Benedict Cumberbath’s Sherlock, a pinch of one of her RADA teachers, and some Dame Maggie Smith, Lady Madelyn Brass was born. 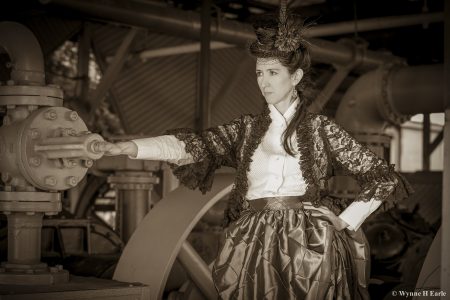 Her key to the character is rooted in Madelyn’s reaction to the way even an enlightened 19th (and 21st) century treats women. “There is still vast gender inequality, even in this version of the Victorian Era. Madelyn sees all of that stuff as an annoyance that gets in the way of achieving her vision of order and rightness.” While Cumberbatch’s Sherlock is sometimes called a “high functioning sociopath,” Kraay sees Madelyn “more likely on the Autism spectrum. Extremely high functioning, but she has to work at empathy. She has great love for her family, but she has no patience for foolishness and ill considered arguments.”

Outside of BRASS, Kraay continues to work with various regional companies, with  favorite roles including Mathilde Laurent-Perrier in The Champagne Widow at Cafe Nordo (one of several Nordo shows), and playwright Aphra Ben in the play Or. She also continues to work with several local Seattle indie film directors, including a small part in SJ Chiro’s award-winning feature Lane 1974. 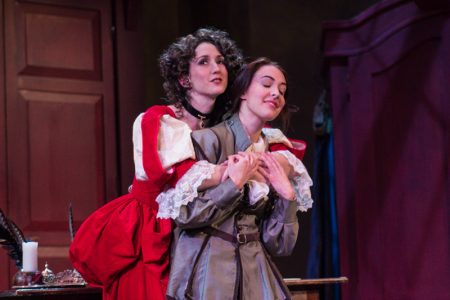 Aphra Behn in OR at Harlequin Productions

And there’s a new play that grew out of an offer to perform in the 2020 RADA Festival, sadly cancelled due to COVID. Written in collaboration with her playwright sister,  Unwind:Hindsight is 2020 was originally focused on how stress affects women’s bodies, with reference to her own struggles with Graves Disease. “But during the pandemic its scope grew to be about how all the events of the past year have forced us to look hard at the way we live our lives and interact with this beautiful, stricken planet we live on.” There are plans for a virtual public reading in March, with further plans for productions after.

A couple years ago Kraay’s growing commitment to BRASS led her to approach us with the thought of pitching it as a TV series as co-producer–a new role with a whole new set of challenges. “‘Development Hell’ is a real thing, and keeping the ball in the air during quarantine has been a special challenge, but I love learning about this global world of VOD production,” she says. “And a strange silver lining at this time is that we can attend conferences around the world from the comfort of our own home. I feel optimistic about our ability to compete, but either way I, and all of us, are gaining skills.”

As Kraay’s work for BRASS has grown, so has our gratitude in having her onboard. Whether it’s as actress, producer or collaborator, she’s become the heart of what we’re trying to do with this story of some awfully pleasant people and their very unlikely adventures.