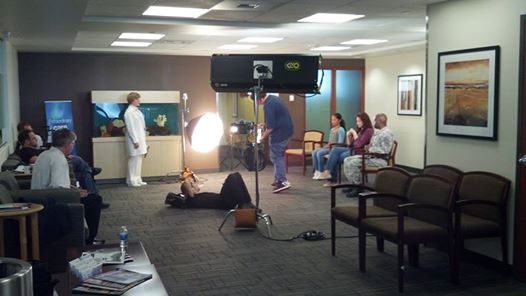 Not much that’s creative or interesting ever comes out of an argument on Facebook. But “The Statistician” did.

Along with several dozen other Seattle playwrights I was invited back in late spring to come up with a pair of One Minute Plays for a Festival at ACT Theatre.

The producers had told us the theme was simple: whatever was foremost on our mind. Now around this time I was having some conversations with friends on Facebook about guns in America. They weren’t all that different from similar conversations going on across social media, with some original thoughts being expressed but far too much boilerplate on both sides. So many of the arguments I hear from those opposed to tightening our meager gun laws are the same ones over and over: “well, we should outlaw cars then, because they kill more people.” “What about knives? You can kill someone with a knife.” “The Second Amendment is sacred.” “When you criminalize guns, only criminals will have guns.” Frankly I can answer any of these points so easily that I’m bored of doing so—as can most people on my side of the debate.

But the friend I was arguing with had more interesting points. He had what I’d consider legitimate concerns regarding the militarization of our police forces (this was before Ferguson), the growth of the surveillance state, and several other issues close to my liberal heart. What’s more, I felt like we were actually making some headway—that both of us had modified our positions, even if slightly, because we were responding to what each person was actually saying.

And then it began to show up on the newsfeed: another Seattle shooting. This one at SPU, a couple of miles away from where I was working. As the shock and horror began to surface, as friends publicly prayed for the safety of loved ones on the campus, my argumentative friend just kept on going. He refused to even pause for a moment, so passionate his assurance that gun control laws were the dangerous first step towards a totalitarian government. Finally I told him that I couldn’t continue this conversation when I could literally hear the ambulances taken the wounded and the dying to the hospital outside my window.

So that’s some of what was on my mind when I wrote this play, which Ron, our actors and our crew has so beautifully brought to the screen. I had to write it, because I can’t continue with the ridiculous by-rote debates going on around me. You want to know what I think about gun violence in this country? Watch this film. Anything I say afterwards is just a postscript.