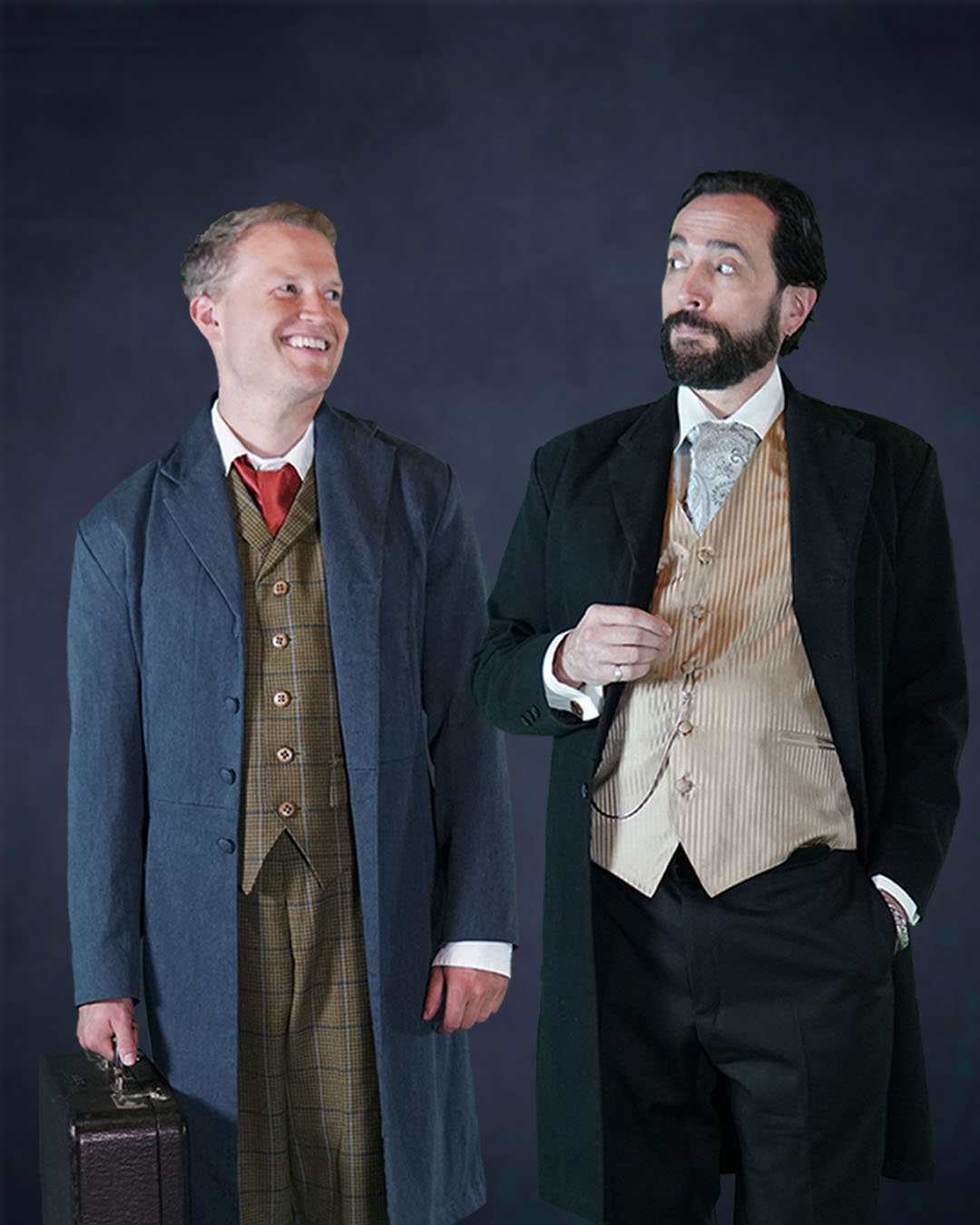 While a lot of what goes on in BRASS is a little harrowing and occasionally dramatic, Cyril Brass’s chums Percy and Reggie live in a world that’s generally harrowing and overly-dramatic–though nowhere near as serious. It would be hard to imagine two less useful members of society than these two. But to their credit, at least they aren’t trying to conquer and take dominion over the oceans, the skies, or anyplace else. 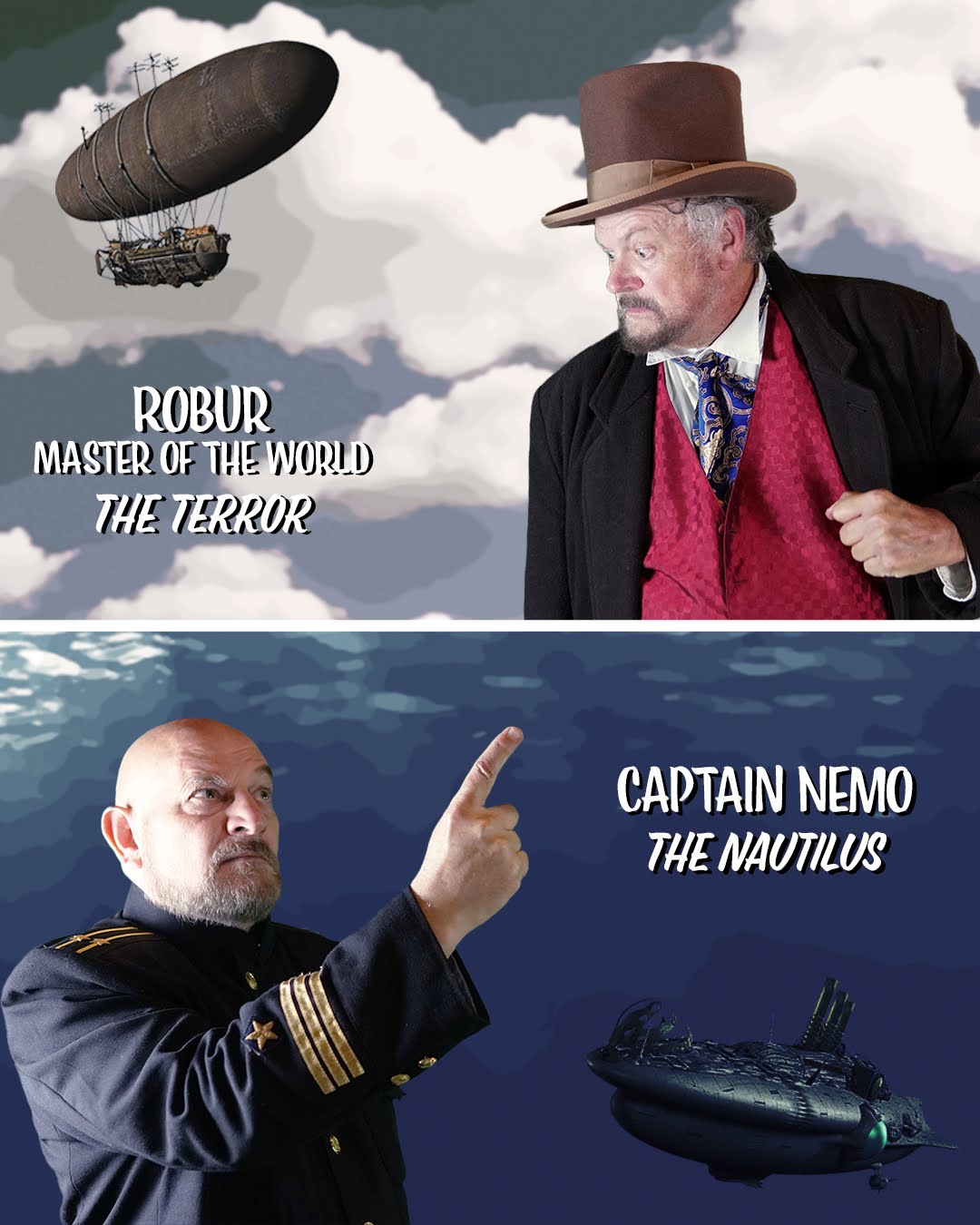 “Percy and Reggie and the Great Parisian Air Exposition” is a co-production with Small Title Productions, a Portland-based company whose writer/director/DP/costumer/sfx/actor Jerry Wilson is pretty much the definition of a one-man operation. His work, all shot on greenscreen and digitally created, has an idiosyncratic and quirky charm, reminiscent both of old George Pal films and Terry Gilliam’s Monty Python animations. We had originally planned to shoot in March of 2020, but were greatly inconvenienced by a worldwide pandemic. Still, artists gotta art, so by July we had come up with a plan. 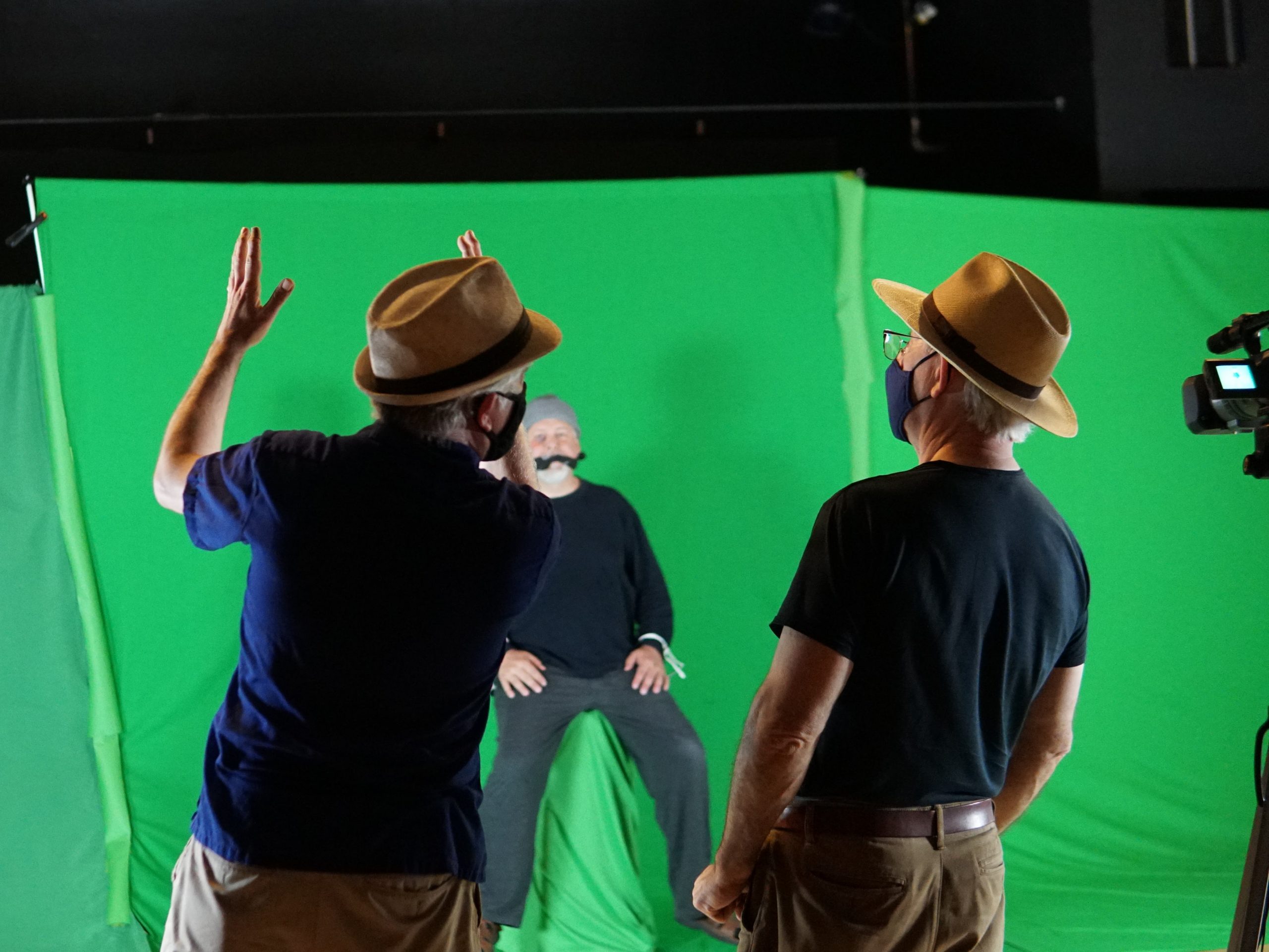 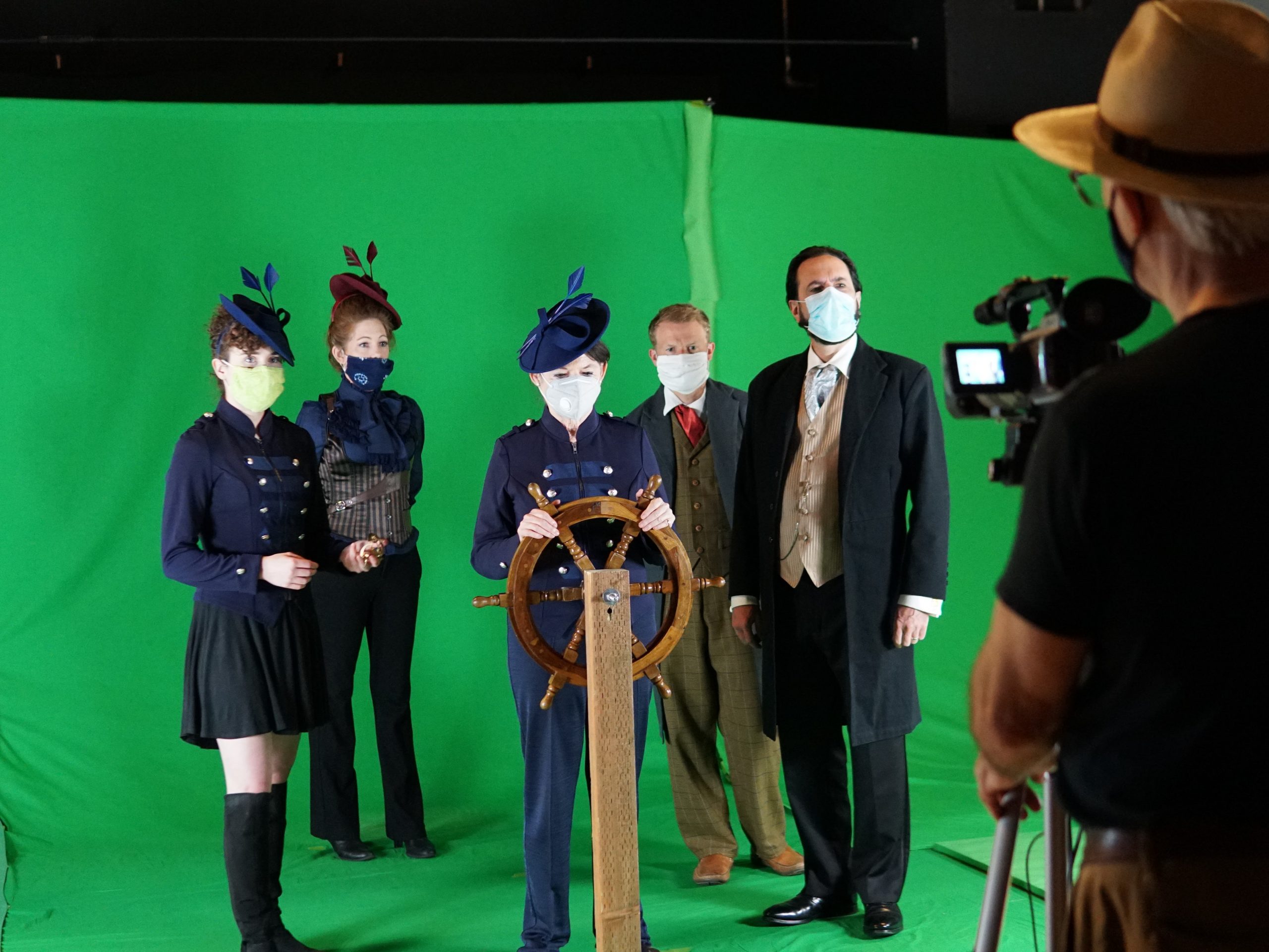 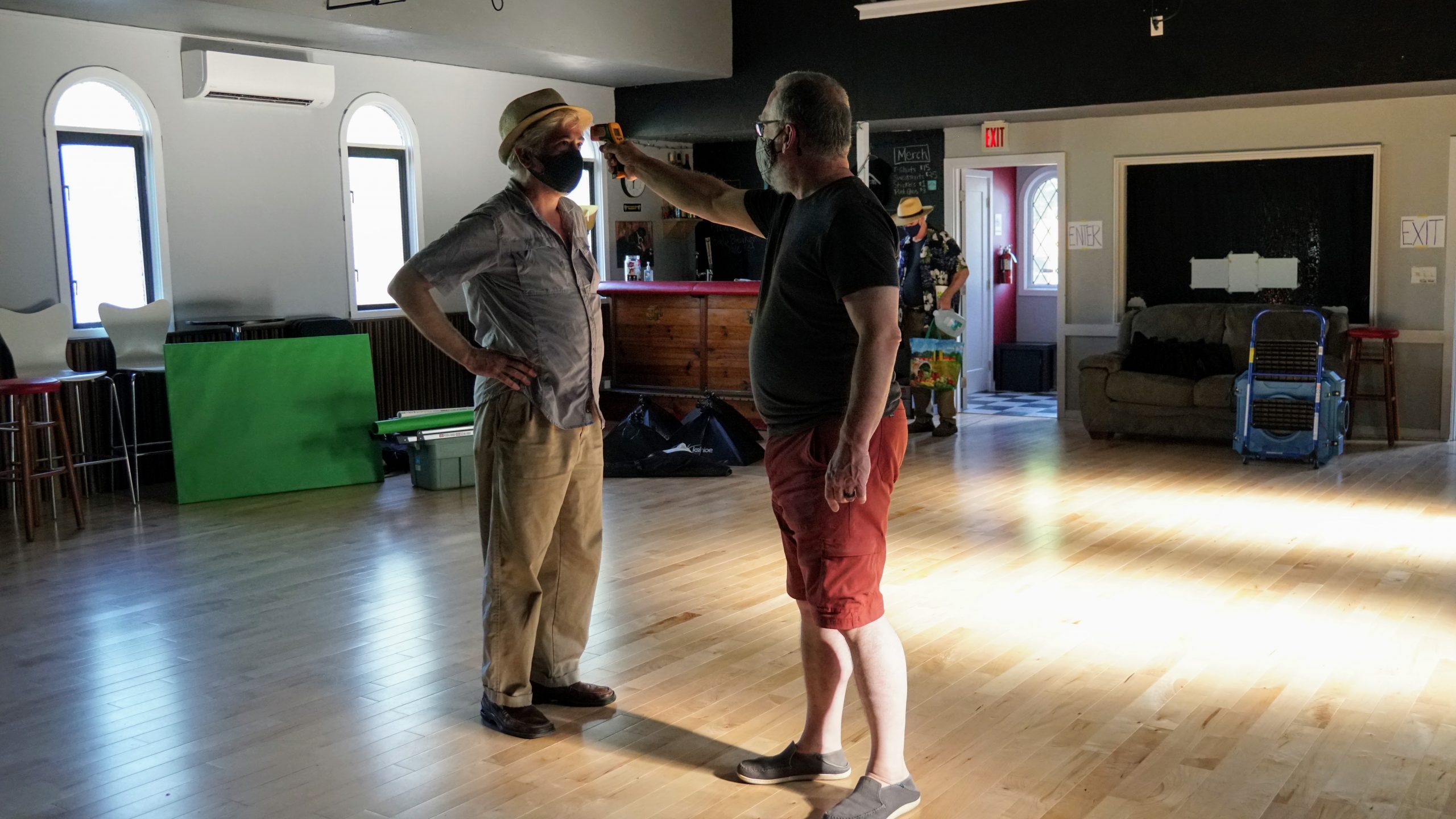 Masked, socially distanced, minimum cast and crew, and running an HVAC airscrubber between takes, we shot our film in a bewilderingly busy weekend.

Editing, composition and all production work is now done on our film, and we’re pleased to announce we’ve won our first award, a SFX Laurel from the Dreamachine International Film Festival. You can check out a trailer for the film here. In the meantime, we’ve got further plans with our favorite aristocratic twits. Check back for further details! 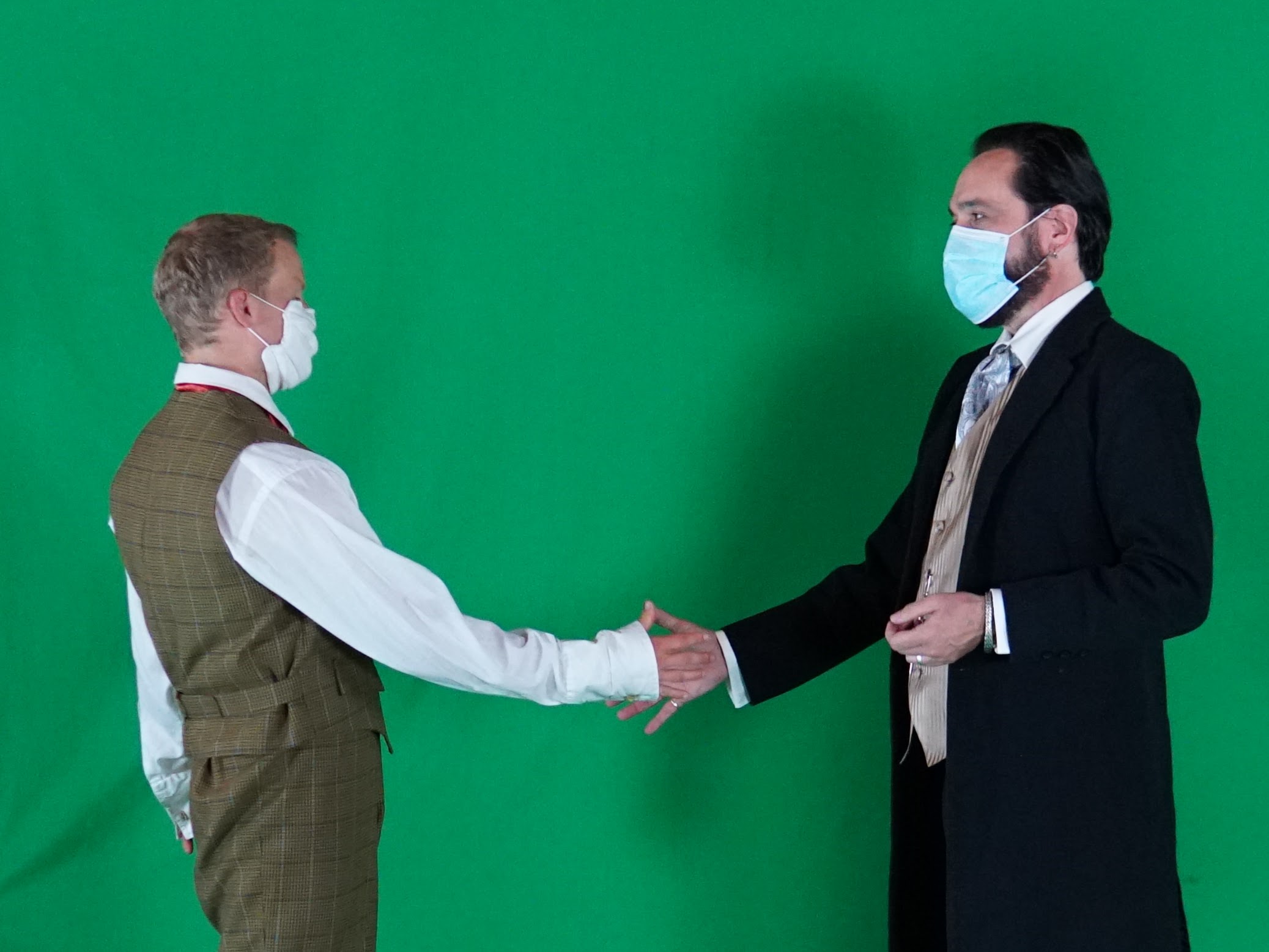