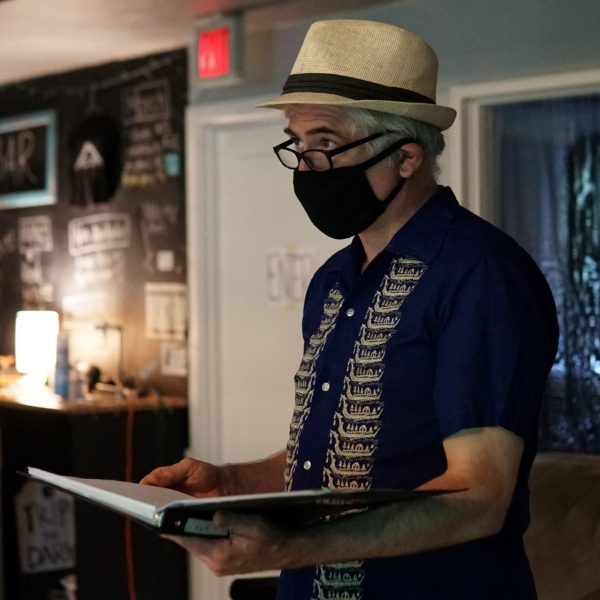 Ah, the glamour of film directing during a pandemic.

Nothing has gone right for anyone this year. In my own little tale of 2020 disruption, I had planned to film a short, oddball film entitled “Percy & Reggie and the Great Airship Exposition” in March. Inspired by a meeting with Portland filmmaker Jerry Wilson, this light comedy was to be a near-zero budget endeavor shot entirely on green screen. By January it was fully cast, with a director and skeleton crew, along with costumes by the truly formidable Christine A. Richardson and a cartload of specially designed props. We had our first read, and the date to be filmed: March 21st and 22nd.

We put everything on hold. Both our director and one lead actor had to drop out due to health concerns. But by May, after we’d recorded a season of BRASS in a recording studio during a pandemic with masks, disinfectant and social distancing, I figured we could shoot a short film as well. 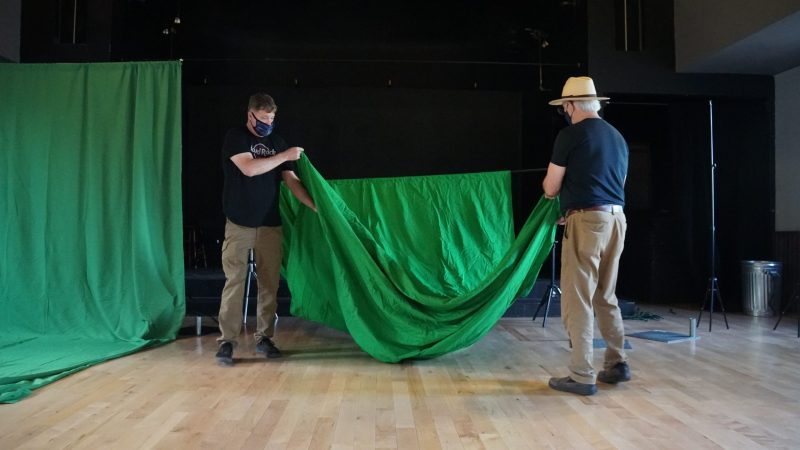 Our first concern was the health of our artists. We wanted to make sure that we had done everything we could to keep them safe–“as safe as a trip to the grocery store” was our goal. (And yeah, that’s a mitigated risk. Accepted.) So we drew up a plan, following Best Practices as outlined by the US film industry white paper: remote work before the shoot, minimal crew, masks, sanitizer, social distancing.

One of the advantages of greenscreen is that you can film actors in small groups–in truth even individually–and then bring them together later in post. This made our task a lot easier, as it meant we could limit the size of not only crew but of cast. What’s more, we could film actors while maintaining significant social distance from each other. 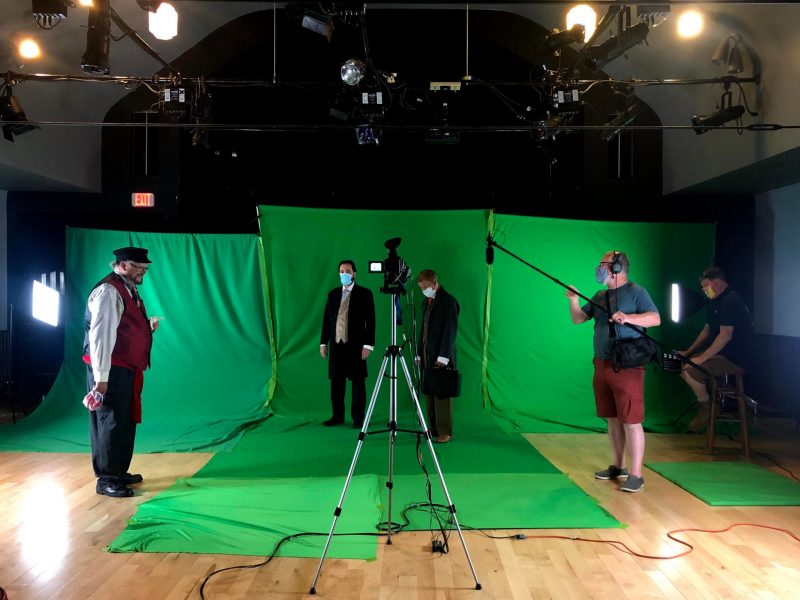 Sequences were rehearsed with actors masked, and an HVAC air scrubber run between takes. 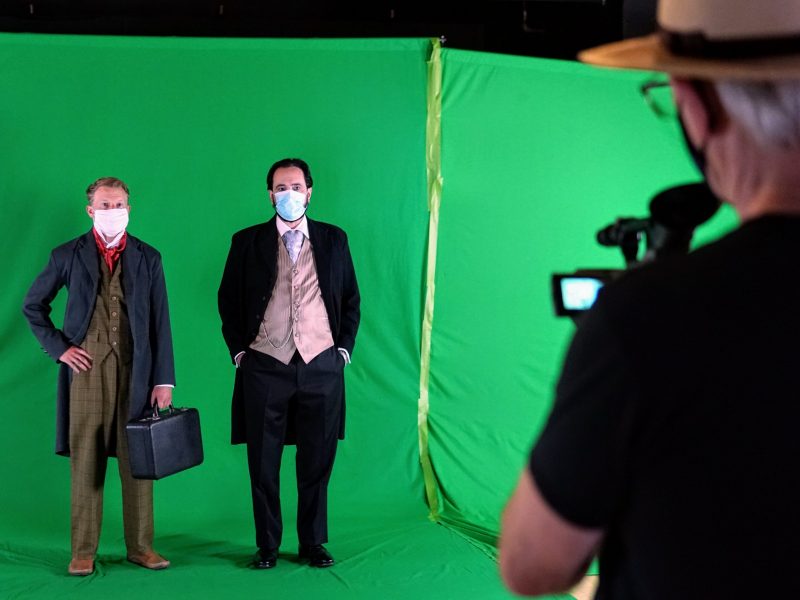 Instead of a green room, we had some green shade, courtesy of camping chairs and a nearby parking lot. 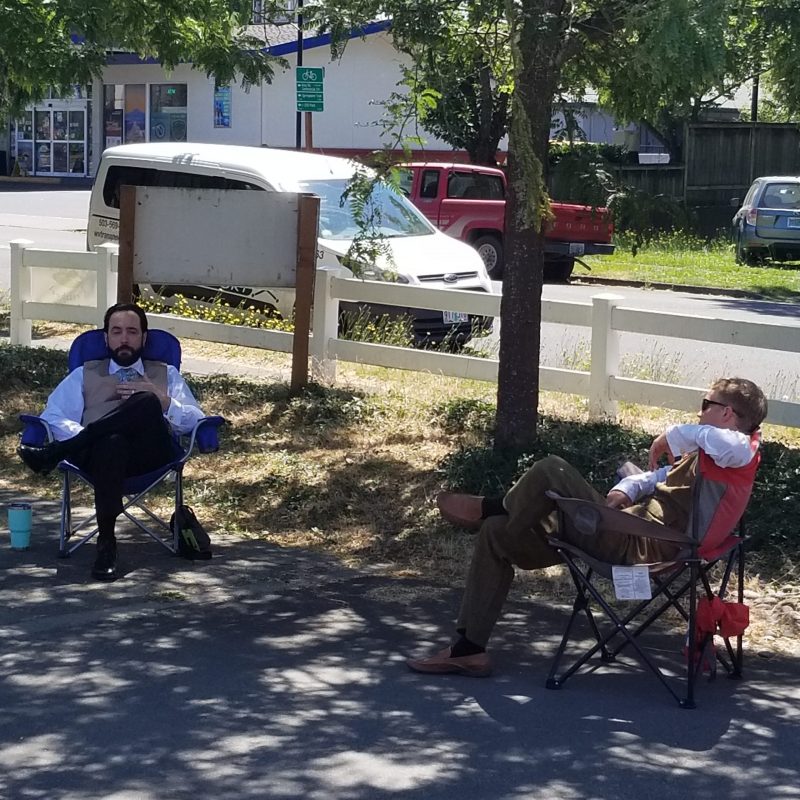 This was the shot where we really blew our hand sanitizer budget. 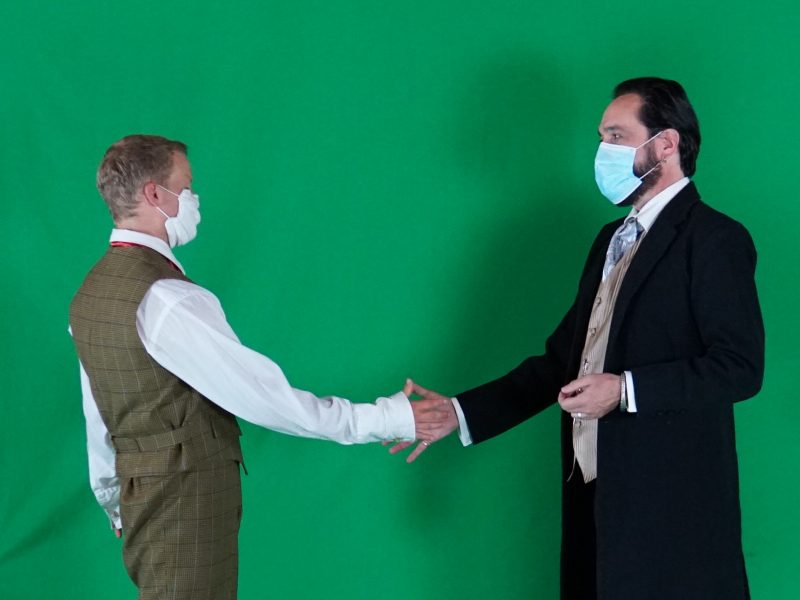 It’s hard to create, during a pandemic, and it’s even harder to relax and have some fun. But not only did everyone in the cast and crew show up disciplined and ready to work, but they dealt with the strange circumstances with good humor. 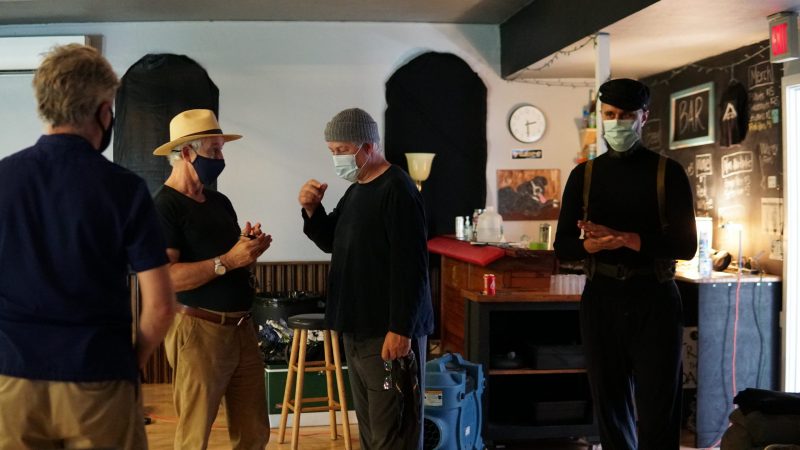 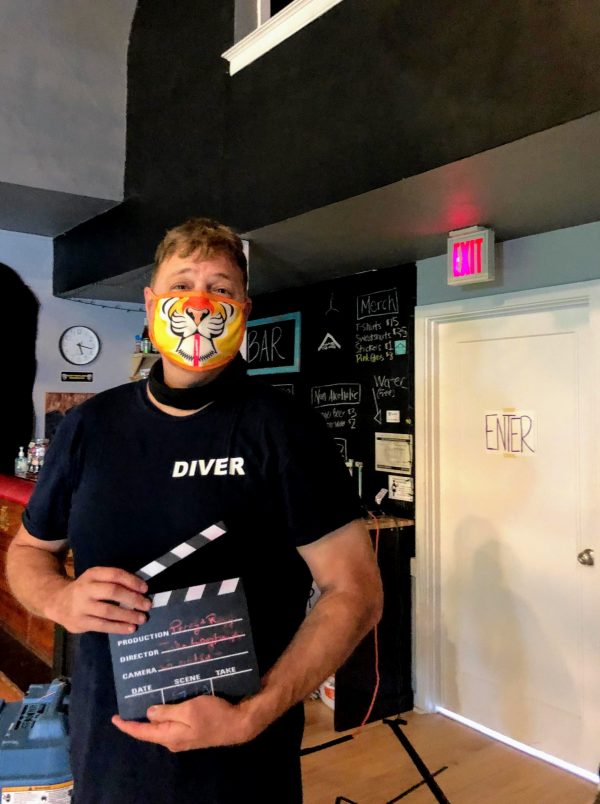 Was it worth the effort? We think so. Join us for a Sneak Peek Matinee of the Film on Saturday, September 12th, at 2:25 PM as part of the Brass Screw Alliance’s Virtual Convention and let us know what you think! Go here for Free Registration!