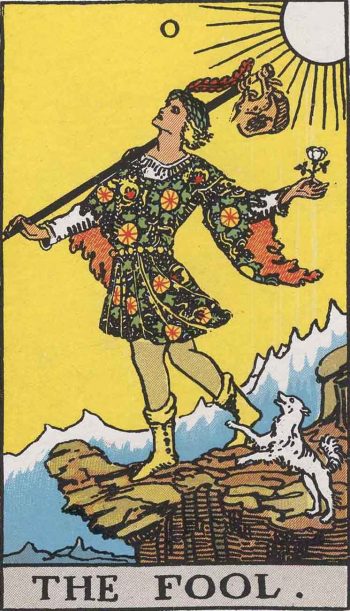 I love fools and idiots. The current crop of idiots, those who believe that COVID-19 is a hoax or that the current occupant of the White House a reliable sort of information, really do give idiots a bad name.

The classic Idiot, the white-face clown signified by the Fool in the Tarot and the Harlequin in the Commedia dell’Arte, see the world through fresh eyes and with no guile, and that makes them unlikely truth-tellers. They also carry their own sort of loving and bumbling consistency into and out of any circumstance. The Fool, we see, is always about to go over the cliff. But somehow he never does. 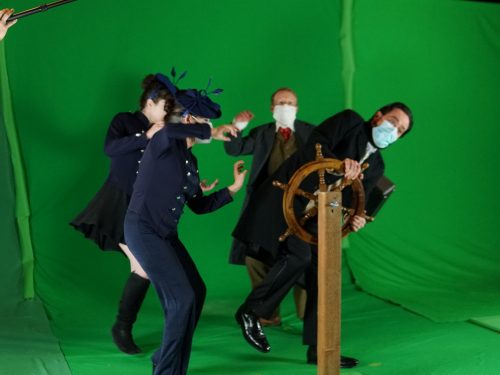 “Percy and Reggie and the Great Paris Air Ship Exposition” is an original film featuring the adventures of a pair of over-privileged yet inoffensive chaps who get into some awful scrapes, encountering not one but two of the greatest Science Villains ever, Captain Nemo and Robur, also known as The Master of the World. It was inspired by my great affection for Jules Verne and the time when villains had style, sass and wonderful speeches about how all who opposed them shall now have to kneel. 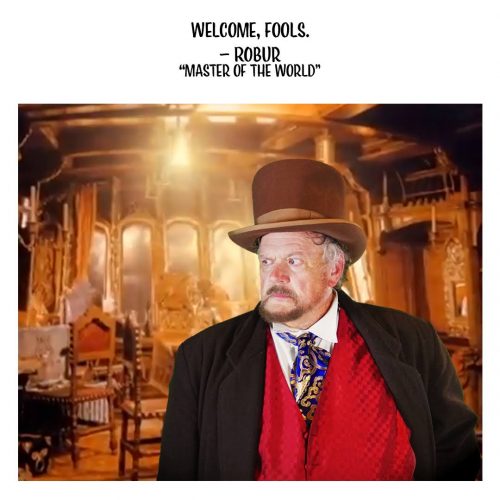 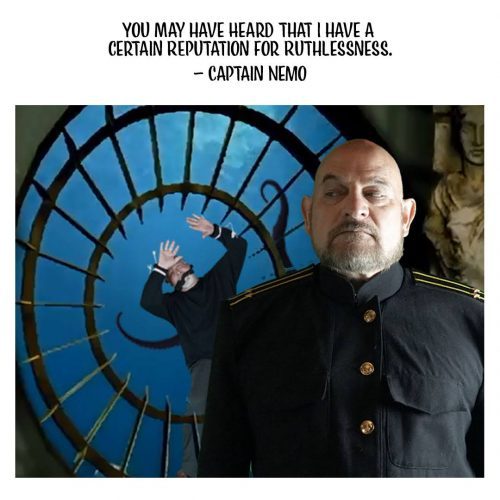 It also is a double-act. Since I was a kid watching the old Road Movies I’ve wanted to write a comedic duo, one where both of our heroes are flawed–vain, or argumentative, or (my personal favorite) dumb as dishwater. The trouble has always been finding performers with the sort of immediate on-set chemistry–which became even more of a problem when one of our leads had to drop out of the project, and we needed to recast.

So, I called a dear friend and collaborator in Seattle, and we ZOOMED a couple of times, and we read the script with our Portland actor, and…well, we decided to take a risk. Hunter O’Harrow (Percy) and Louis Broome (Reggie) met each other in person on the day we started filming. 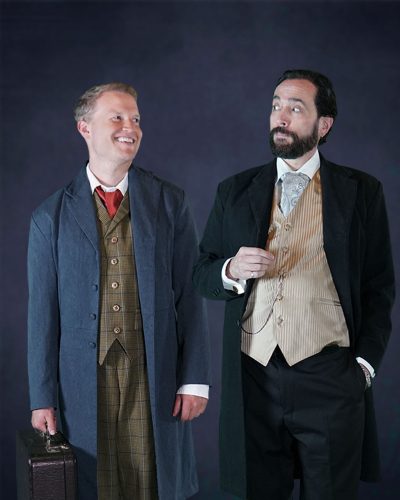 And they were perfect–exactly how I had pictured my bumbling if innocent twits. God apparently loves not only fools and babies, but every once in a while, he loves directors too.