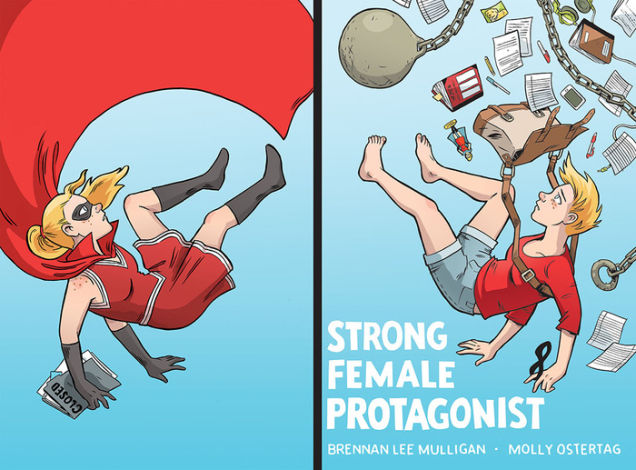 On Tuesday John & I attended Seattle Webseries MeetUp, a monthly shindig discussing all things webseries related. This was our first appearance. When I RSVP’d, the moderator invited me to be a panelist on a small round table on this month’s discussion,“Women in Webseries”.

I don’t consider myself a woman in webseries. We at Battleground Productions haven’t produced a webseries yet past the pilot of Norm Owenson, Medieval Mercenary, which was made under someone else’s production company. Brass’s upcoming short film, Lair of the Red Widow, was originally conceived as a proof of concept for a network television pitch- essentially, a short film that can stand alone. I find this a strength. Given the financial risks of film production, especially for the unknown returns in online entertainment (makes us sound like porn doesn’t it?), it serves the artists and the audiences to enjoy self contained stories; tales that don’t depend on never-ending crowfunding campaigns to see our characters through to an end. Much like our politicians, artists get tired of having to constantly campaign for your votes, your likes, your donations. Really, we just want to tell you one good story at a time, mic drop and recede back into our creative hovels.

So I questioned my place on that panel. But I tried to make good use of my position by instigating debate & demand straight answers to tough questions, which is a challenge amongst Seattlites, let me tell you.

Some women love to discuss the challenges of being a woman, in any given field. And I’ll admit there are some real statistical challenges facing women in entertainment.

However, this tendency to then insist on female character-driven stories or female-chartered production teams, to target female audiences, and then claim that the end result will inevitably be somehow more progressive, egalitarian, aesthetically or artistically interesting is frankly bullshit.

In my opinion, The Hurt Locker is a better film than Sisterhood of the Traveling Pants. Am I therefore imprisoned by a deeply ingrained, disturbingly warped, cultural & gender biases? Dude, I went to an all girls prep school. My classmates are published authors, naval engineers, international activists, professional singers and way to many HBS grads. If anyone can touch my shade of feminism, it’s Sheryl Sandberg.

Non-gender bias should mean that you get the best artist for the job, regardless of gender. And yet, so much of the roundtable discussion was in laser focus regards to gender.

We all thankfully agreed that the term “strong female character” is now an overused wash. It is possible to write a female character so strong that she could grow a pair (and probably did have a set in earlier drafts until someone insisted on having a more even ratio of male:female in the story). As an actor, I am not interested in cookie cutter characters, regardless of whether they are the “dumb blond” or the “bad ass bitch with a shotgun”. As storytellers, we all want to explore the intricacies & complexities of the human experience. It gets a little difficult to pull that off when the collective conscience or actual co-workers are judging & reminding you to second guess the writing as being biased, no matter the genre. Meaningful characters demand flaws, even from the ladies. The challenge becomes: how do you make her flawed as an individual, rather than a stereotype?

And that just comes from good writing, which no one wants to talk about. It’s so much safer to complain about external factors and feel part of a collective demographic that is fighting on the side of the right. It is scary, uncomfortable & sometimes depressing as hell to take an inward look at your craft and work it.

Webseries “content creators” are new to the game, even if they have years of experience in another medium. And no one knows how to create a webseries audience without big marketing budgets or in the absence of traditional curators like TV networks, published critics, and film financing firms. And we live in a culture that values youth, immediate gratification, and the illusion of overnight fame.

In the end, we are a community of frustrated actresses & writers turned filmmakers, producers, one-woman marketing machines, all clamoring for attention, community, and validation. And maybe sometimes we inflate our art’s value, claim that it’s pioneering a new frontier, against enormous odds and is somehow special because WE ARE WOMEN. Honestly, it’s hard enough making good art, regardless of your gender. No special pleading should be required.